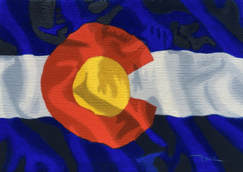 The flag was designed by Andrew Carlisle Carson in 1911 and adopted by the Colorado General Assembly on June 5 of the same year.  On February 28, 1929, the General Assembly added to the description of the flag that the blue and red would be the same color as the flag of the United States. On March 31, 1964, the legislature further dictated the diameter of the gold disc to be equal to the center stripe. Colorado became the 38th state to enter the union on August 1, 1876. 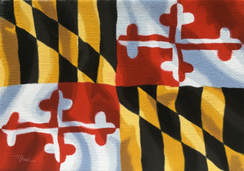 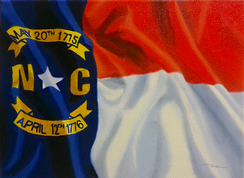 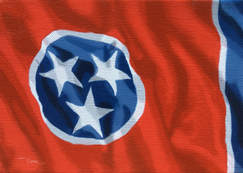